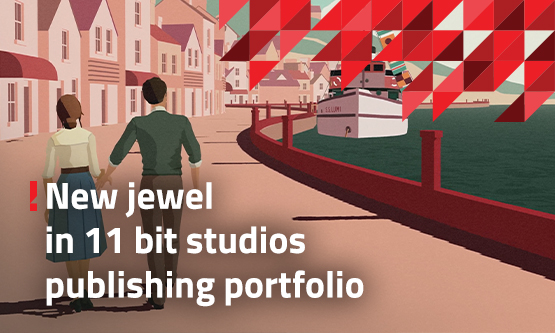 11 bit studios to publish “South of the Circle”

The game developed by UK studio State of Play is a gripping tale of love, promise and the Cold War.

11 bit studios will be the publisher of the game “South of the Circle” developed by UK studio State of Play, which has won a number of international awards for its work, including a BAFTA.

– “South of the Circle” is one of those titles we fell in love with at first sight,’ admits Marek Ziemak, External Development Director at 11 bit studios. ‘The narrative layer of the game and its artistic subtlety captivated us right away. “South of the Circle’s” primary focus is on telling a story inspired by world-class cinema, which is what will set the game apart from our other titles. I am confident once players experience this immersive and emotionally charged story that captivates you from the first moments, they will know exactly why we wanted to have it in our portfolio. We are thrilled to work with State of Play as the studio has long been on our radar,’ said a representative of 11 bit studios.

“South of the Circle” tells the story of Peter. Entangled in life-defining choices and torn between the pursuit of career and true love, he finds himself in the middle of a behind-the-scenes battle between military powers. Set in the Cold War, the game has a unique storyline stretching between the past and the present, and a minimalist aesthetic. The script, gripping dialogues and superb acting evoke associations with world-class cinema. Some of the actors who will lend their voices to characters in the game are Gwilym Lee (Bohemian Rhapsody), Olivia Vinall (The Woman in White), Richard Goulding (The Crown), Anton Lesser (Game of Thrones), Adrian Rawlins (Chernobyl), and Michael Fox (Downton Abbey).

“South of the Circle” will soon be available in more than a dozen languages for PC and for Nintendo Switch, Xbox Series S|X, Xbox One, PlayStation 5, and PlayStation 4.

“South of the Circle” trailer