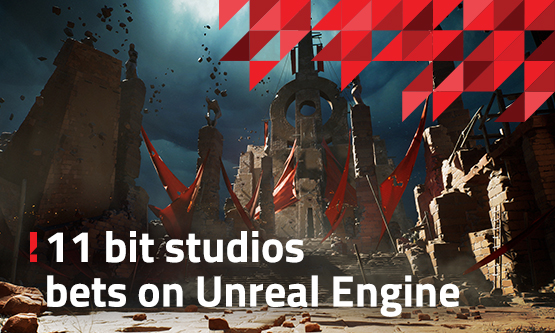 11 bit studios S.A. has entered into a licensing agreement with Epic Games to use their Unreal Engine in producing ten new games.

The licensing agreement with Epic Games contains some non-standard provisions. The Company has the right to produce up to ten new games based on Unreal Engine, the game content creation framework developed by Epic Games. Some of them, including Frostpunk 2, Dolly and Project 8 (the last two being temporary codenames), are already in the works. The agreement covers both proprietary games and externally developed titles to be released by 11 bit publishing. The Company has a free choice of which generation of the tool (Unreal Engine 4 or Unreal Engine 5) to use for a particular project and can also choose the preferred payment option. Moreover, the terms of the agreement with Epic Games allow the Company to extend the licensing arrangement to other titles in the future. Historically, all of 11 bit studios S.A.’s own productions were based on the proprietary Liquid Engine, but in early 2021 the Company decided to discontinue its development.

“Imagination knows no bounds, but with Unreal Engine we are also gaining unlimited possibilities,” says Przemysław Marszał, CEO of 11 bit studios S.A. “We too are truly impressed by the cutting-edge technology of Unreal Engine 5. This is why we’re so excited to be able to take full advantage of this new tool in creating our games. What we’re doing is indeed unreal!” he adds.

“For more than a decade, 11 bit studios has delivered unforgettable experiences and games that spark imagination and challenge players to make really tough choices,” comments Rocco Scandizzo, EMEA Games Business Development Director at Epic Games. “From now on, our Unreal Engine will be the studio’s tool to tell these stories. We’re looking forward to working with 11 bit studios developers to see where they will take us this time,” he adds.

More details of the projects run by 11 bit studios S.A. with the support of Unreal Engine, both those created by in-house teams and by external developers, will be revealed in 2022.

The graphics (link below) show the possibilities offered by Unreal Engine –a grim, mysterious world from the yet unshown Project 8! At this point, the Company is only sharing the style and atmosphere of the game, but the rest must remain a mystery for now.