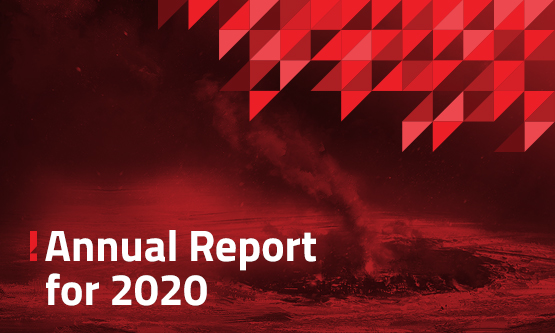 11 bit studios S.A. came through the year that created serious headwinds in the global economy unscathed. In fact, the Company delivered significant improvement in performance compared with 2019. ‘We admit last year presented serious challenges in managing and running our business that were created by the COVID-19 pandemic. This makes us even more proud of the results we delivered last year, with revenue at an all-time high, strong operating and net profit figures and record-breaking financial resources,’ said Przemysław Marszał, President of the Management Board of 11 bit studios S.A.

The Company under his direction posted sales of PLN 87,1m for 2020, up 22,3% year on year and up 6,1% on the previous record year of 2018 that was marked by the release of Frostpunk and Moonlighter. 11 bit studios S.A.’s 2020 operating profit reached PLN 40,79m (a year-on-year increase of 57,6%), with net profit at PLN 37,36m (a change of 57,5%). ‘Despite a fast growth in capital expenditure incurred on new internally developed and published video games, we had PLN 96,13m placed in bank accounts or invested in safe financial instruments at the end of December,’ Mr Marszał noted. This represents a year-on-year increase of 16.9%. After trade receivables of PLN 11,6m are added to that figure, the Company’s total financial resources at the end of 2020 amounted to PLN 107,7m. ‘Never before in our over 10-year operating history have they been so high,’ noted the CEO.

He believes the solid 2020 results are underpinned by effective monetisation of the internally developed titles Frostpunk and This War of Mine. ‘We are particularly pleased with sales of Frostpunk and paid add-ons to the game released under the season pass. This attests to the strength of our internal IP that we continue to develop,’ said the Company representative. He also noted that the titles published by 11 bit publishing Moonlighter and Children of Morta significantly contributed to the record results of 11 bit studios S.A. for 2020 and to performance in prior periods. The games accounted for 29% of the Company’s 2020 revenue. ‘This whets our appetite for more, motivating us to increase efforts and spending to grow this business line,’ asserted Mr Marszał.

He declared the Company will be working hard in the coming months to expand the portfolio of internally developed and published games. ‘Our financial resources give us freedom in planning for the future that extends beyond the next couple of years,’ he pointed out. In his opinion, the satisfactory pace of work on new internally developed titles Project 8, Dolly and Eleanor and externally developed games is bringing 11 bit studios S.A. closer to the point when it can reveal project details.

According to the CEO, the major organisational changes implemented in recent months, that have helped to additionally strengthen the Company’s foundations, will facilitate exponential growth of the scale of its operations. ‘We are preparing for this growth carefully by hiring top specialists for our development and other teams, which is not easy considering the ongoing COVID-19 pandemic,’ he explained. The CEO also noted the new offices occupied by the Company for over a year now can accommodate over 300 employees. ‘At present, our team comprises over 170 people and is growing fast.  The goal to exceed the mark of 200 employees by the end of 2021 seems to be within our reach,’ he concluded.