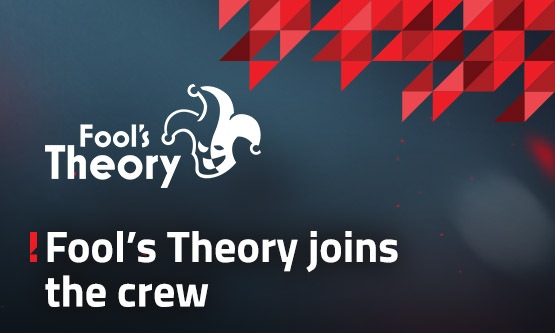 11 bit studios can see space for partnership with Fool’s Theory in developing elaborate RPGs based on its own IP.

11 bit studios S.A. has signed an agreement to purchase 40% of the shares in Fool’s Theory from Jakub Rokosz and Krzysztof Mąka, its existing sole owners. The listed company will pay for the purchased assets in cash, in two instalments. The first one, of nearly PLN 2.62m, will be settled within 10 business days of signing the agreement. The second one, however, will not be paid until seven months after the market release of Vitriol, a game developed by Fool’s Theory and published by 11 bit studios S.A. The second payment tranche will be in the range of PLN 1.57 – 3.67m. Its final amount will depend on revenue from the sale of Vitriol and user ratings posted on Steam Reviews within six months of its release.

“11 bit studios S.A. has always focused on the organic path of growth and, as demonstrated by our financial performance to date and the position we have gained as a game development studio, this strategy is a well-chosen one. However, we are mature enough to further accelerate our growth by joining forces with other market players, “ said Przemysław Marszał, CEO of 11 bit studios S.A., explaining the rationale behind the transaction.

The head of Fool’s Theory Jakub Rokosz, on the other hand, emphasises a key reason why his company decided to form an equity link with 11 bit studios S.A.: “What mostly struck me at the beginning, when we first met, was our very similar approach to work. We share a similar creative philosophy and values that guide us in our game creation business. Our main expertise is in narrative games where the story carries a deeper message, which is perfectly in line with 11 bit’s philosophy of meaningful games,” says Jakub Rokosz. “Referring to what Jakub has just said, I will add that even the specific mindsets of our two teams are very similar. We seem to be on the same wavelength. However, the combination is expected to deliver synergies from our complementary capabilities,” says Przemysław Marszał. He points out that Fool’s Theory are a team with an impressive track record in RPG development. “We don’t have that, but we do have a well-oiled marketing and publishing machine, which makes for a perfect complement to the Vitriol project. In the long term, I can imagine how best to combine our partner’s expertise in creating elaborate RPGs with the original IP of 11 bit studios,” adds the representative of the listed company.

Fool’s Theory is based in Bielsko-Biała. Operating since 2018, the firm currently employs some 60 people. In the past, the studio was involved in the production of such games as Baldurs Gate and, more recently, Outriders. It also successfully brought to the market its own well-received production called Seven. The collaboration between 11 bit studios S.A. and Fool’s Theory goes back over two years. As mentioned earlier, the listed company is the publisher of Vitriol (working title), being developed by Fool’s Theory. So far, the parties have only revealed that Vitriol will be a game of the RPG genre with a production budget surpassing that of Frostpunk, which cost about PLN 10m (excluding marketing costs). “To get a full picture of our investment in the Fool’s Theory talented team, it should be noted that – in addition to purchasing a part of Fool’s Theory shares – 11 bit studios S.A. is also investing more than PLN 17m in the production of Vitriol as the game’s publisher,” concludes Przemysław Marszał.