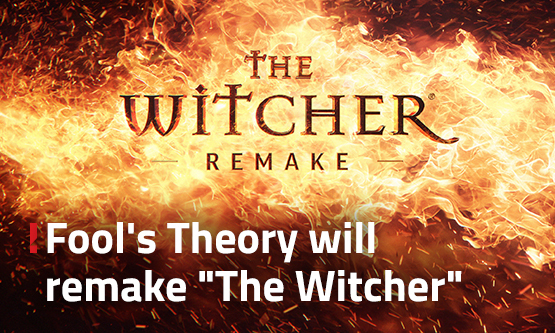 The monsters hunter is back in the game

Fool’s Theory, an associate company of 11 bit studios, is responsible for producing the remake of “The Witcher”, the first part of the iconic CD Projekt series.

Bielsko-Biała based company, in which 11 bit studios owns 40% shares, specializes in role-playing games (RPG). The remake of “The Witcher”, previously known under the working name of “Canis Majoris”, is being developed on the Unreal Engine 5 and is currently in the early stages of production. . “Collaborating with Fool’s Theory on the project is just as exciting, as some of the people there have been previously involved in The Witcher games. They know the source material well, they know how much gamers have been looking forward to seeing the remake happen, and they know how to make incredible and ambitious games. And although it will take some time before we’re ready to share more about and from the game, I know it’ll be worth the wait“, said Adam Badowski, Head of Studio, CD PROJEKT RED.

“I am very happy that my professional paths have crossed again with fellow developers from the time of working together on The Witcher 2 and The Witcher 3. Especially when it’s a remake of a project that is so close to our hearts,” said Jakub Rokosz, CEO, Fool’s Theory. ”We are excited to join forces with CD Projekt Red, and our goal is to give players another great game from the iconic Witcher series.” added Rokosz. Przemysław Marszał, CEO of 11 bit studios also speaks positively about the cooperation between Fool’s Theory and CD Project. “As a co-owner of Fool’s Theory, an incredibly talented team, we’re pleased at 11 bit studios to see them developing their huge potential and can’t waut to see the results of their work on a legendary series”, said Marszał.

Fool’s Theory is the producer of the game “Vitriol” (working title), which will be published by 11 bit studios.