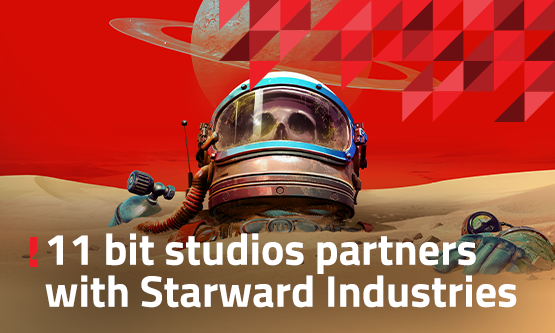 11 bit studios has become the publisher of The Invincible, a game developed by Starward Industries of Kraków, and is set to also join the WSE-listed company as its shareholder.

Inspired by the classic novel by world-famous science-fiction writer Stanisław Lem, The Invincible will be released for PC, Playstation 5 and Xbox Series X|S. The title is scheduled for release in 2023. Pursuant to the publishing agreement, 11 bit studios will support the development of The Invincible and quality testing of the game and its promotion and distribution across major global platforms. Under the agreement, Starward Industries will keep most of the profits earned from sales of the game.

‘As a Polish publisher focusing on meaningful entertainment projects, we just couldn’t miss the opportunity to publish a game drawing on Lem’s novel that is an outstanding piece of Poland’s cultural heritage,’ noted Marek Ziemak, External Development Director at 11 bit studios. ‘We are thrilled to work with 11 bit studios as we strongly believe they are capable of significantly enhancing the commercial potential of the game,’ said Marek Markuszewski, President of the Management Board and leading shareholder of Starward Industries.

In The Invincible the player takes on the role of savvy astrobiologist Yasna, who wakes up on the hostile surface of the distant planet Regis III and is drawn into a rescue mission to find the missing crew members of an interstellar scientific expedition. Starward Industries’ title stands out for its stunning retro-futuristic images, drawing on descriptions of the world from the pages of Lem’s novel.

Once the agreement has been performed, which the parties intend to do in the third quarter of 2022, 11bit studios will control more than 5% of the share capital of the WSE-listed company. ‘The equity investment of 11bit studios will allow us to significantly scale our business as soon as 2023,’ concluded Starward Industries CEO.