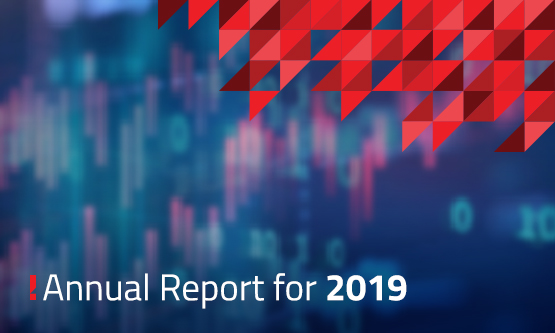 With the growing portfolio of games and its effective monetization, supported by a conservative cost policy, in 2019 11 bit studios S.A. increased its financial resources for another consecutive year. “As at the end of December our financial assets, i.e. cash, bank deposits and trade receivables, were close to PLN 100m. Over the past year, they grew more than 41%,” emphasises Grzegorz Miechowski, President of the 11 bit studios Management Board. He notes that the Company’s net profit for 2019 would have been even higher but for the non-cash provisions of over PLN 8.1m recognised in 2019 in connection with the Incentive Scheme for 2017–2019. “On the other hand, the profit figure was positively influenced by two tax reliefs that we used, including IP Box, totalling approximately PLN 2.9m,” he admits.

Mr Miechowski believes that this excellent financial standing will allow 11 bit studios S.A. to go about further investments. “We do not expect these plans to be disturbed by any developments, such as the COVID-19 epidemic, which has no effect on our current operations, financial liquidity or revenues,” he says. He declares that the Company is currently working on three new proprietary games, including Project 8, which will be marketed in the coming years.
“This brings us much closer to our main medium-term goal of releasing one proprietary game every 12–18 months,” he says. “In the past, we did that every 3 or 4 years,” he comments.

On an equally grand scale the Company plans to develop 11 bit publishing, which accounted for about 40% of its revenue in 2019.”We have three new titles in our publishing portfolio now. Each has a far larger budget, and thus greater commercial potential than the productions we have released so far,” says Mr Miechowski. “This however is not an end to our ambitions concerning growth of the publishing business. The success of Moonlighter and Children of Morta provided a tailwind to projects which had seemed completely out of our reach so far,” he adds.

To be able to face these challenges, 11 bit studios S.A. plans to quickly hire new staff. By the end of 2020, its headcount should rise to 190–200. “At our new office, to which we moved a month ago, we will offer jobs and ambitious tasks for more than 300 people. This clearly shows that we intend to continue growing strongly and increasing our Company value for the Shareholders,” Mr Miechowski concludes.